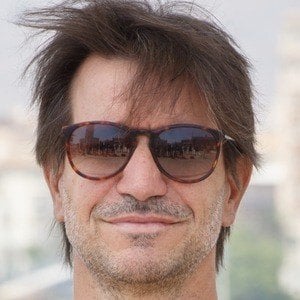 Known for his Goya Award-winning feature film El Bola, this Spanish director also worked on the 2003 movie Noviembre and the 2004 documentary Blackwhite. Also an actor, he appeared in such 1990s features as El Rey del Rio and 1492: Conquest of Paradise.

After training at the Actors Studio in New York City, he acted in television shows such as Colegio Mayor and Una Hija Mas.

One of his early films, Cazadores, received a 1996 Goya Award.

The child of entertainer Paloma Lorena and Alfredo Mañas, he grew up in Madrid, Spain. He later fathered a daughter named Laura.

He played a minor role in the Gerard Depardieu and Sigourney Weaver film 1492: Conquest of Paradise.

Achero Mañas Is A Member Of