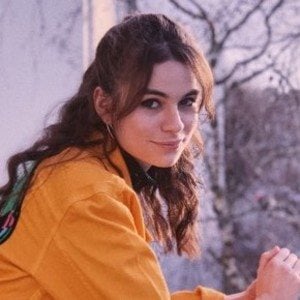 French actress who has played the part of Clara in the movie School's Out. She has also acted in the 2017 movie Sous le même toit.

One of her earliest roles was in the 2015 TV series short Studio Bagel.

She appeared as herself in the TV series Quotidien. She took a trip to New York City in August 2018.

She posted a photo with her mother to her Instagram account in June 2018. Also a musician, she and her ex-fiancé Matthieu Reynaud formed the pop duo VIDEOCLUB. In 2021, the two announced the breakup of both their group and relationship.

She acted alongside Gilles Lellouche in the movie Sous le même toit.

Adèle Castillon Is A Member Of