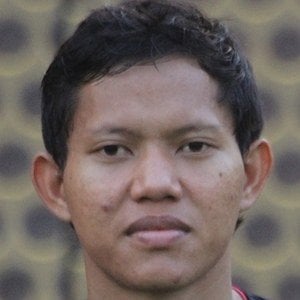 Midfielder who joined Sriwijaya in 2018 and the  Indonesian national team in 2017. He has more than 280,000 followers on his adamalis93 Instagram account.

He was named Indonesia President's Cup Best Player in 2017.

His parents are Sumarno and Siti Mahruyah.

He and Ezra Walian are both soccer players who have played for the Indonesian national team.

Adam Alis Is A Member Of