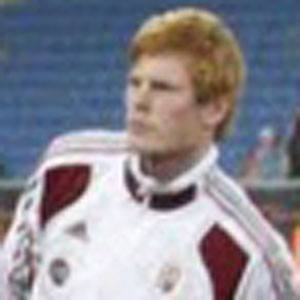 Hungarian-born goalkeeper who joined the Bolton Wanderers in 2007 and began playing internationally for his native country in 2011.

He started his professional career with the Hungarian Division One team Vasas Budapest.

In 2012 he was voted the Wanderers' Player of the Year.

He was born in Budapest, Hungary.

He and Zoltan Gera both received Hungarian Player of the Year honors.

Adam Bogdan Is A Member Of