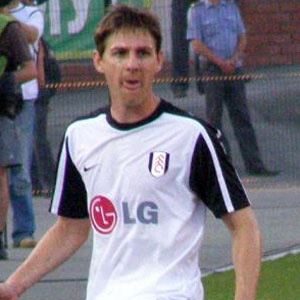 Midfielder who began his long tenure with Hungary's national team in 2002 and was awarded the Hungarian Footballer of the Year award two years in a row, 2004 and 2005.

He married Timea Gera in 2004 and the couple had a daughter named Hanna-Shahil together.

He and Thierry Henry both competed in the 2006 FIFA World Cup tournament.

Zoltan Gera Is A Member Of