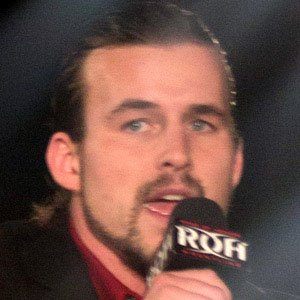 He was born in Lancaster and learned how to wrestle professionally at the Combat Zone Wrestling Academy.

He held the record for the longest reign as PWG World Champion.

He was born Austin Jenkins, but is better known by his stage name Adam Cole. He is in a relationship with professional wrestler Britt Baker.

He defeated Austin Aries in the East Coast Wrestling Association's Super 8 Tournament in 2011.

Adam Cole Is A Member Of