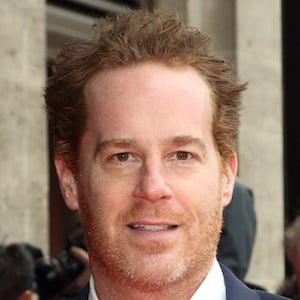 Actor across all mediums whose television credits include Band of Brothers, Ancient Rome: The Rise and Fall of an Empire, Bonekickers, Henry VIII: The Mind of a Tyrant and Casualty. His roles on stage in 2010's Blood and Gifts and 2010's The Pride earned him acting nominations.

He trained at the Guildhall School of Music and Drama.

He was part of radio performances of Twelfth Night, Romeo and Juliet and a few others.

He married Victoria Shalet in 2015. They have a child together, and he has a daughter named Daisy from a previous relationship.

He starred alongside Rowan Atkinson in the 2018 comedy Johnny English Strikes Again.

Adam James Is A Member Of