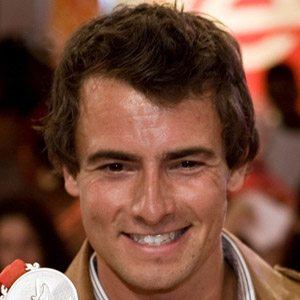 He was born in Toronto and graduated as valedictorian of his class at McMaster University.

He carried the Canadian flag during the opening ceremonies of the 2008 Olympics in Beijing.

His father, Joe, is Welsh and his mother, Beata, is Hungarian.

He and Russia's Vladimir Parfenovich have both won gold medals in the K-1 500m event at the Olympic Games.

Adam Van Koeverden Is A Member Of