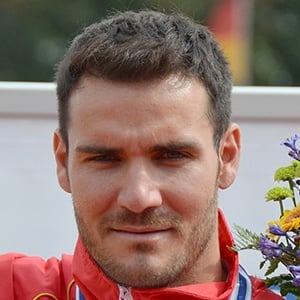 He began kayaking at age seven and competed with his father at K-2 events.

He was named Spanish Sportsman of the Year by Consejo Superior de Deportes in 2016. He won the reality competition show MasterChef Celebrity in 2017.

He married Celia García, to whom he proposed at the 2012 Olympics. He has a daughter with Garcia named Valentina.

He and Adam Van Koeverden are both Olympic gold medal-winning kayakers.

Saul Craviotto Is A Member Of