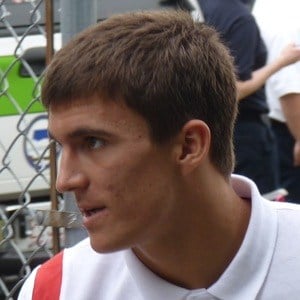 English professional football player who is known for the position of striker. He is recognized for having played with the League of Ireland club Sligo Rovers FC. He is also known for his association with the Under 17 and Under 19 England national teams.

His youth career started in 2002 when he began training and playing with the Liverpool club. He was moved up to the clubs first team in 2012 when his senior career began. After being loaned to several different clubs, he began playing for the FC Halifax Town in 2016 where he made 19 appearances with the squad.

He played at the 2011 FIFA Under 17 World Cup in Mexico where he scored a goal during a 2-2 draw match with Canada's national team.

Other players known for their work with Englands Under 17 national team include Ryan Ledson and Jake Thompson.

Adam Morgan Is A Member Of