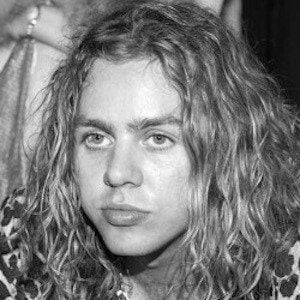 Guitarist for the British band The Struts, who grew popular for their debut album Everybody Wants. In August 2015 they were named Band on the Verge by USA Today.

He met The Struts frontman Luke Spiller in 2009 and the two began writing songs together.

Their single "Could Have Been Me" reached number one on the Spotify Viral Top 50 and number four on iTunes rock singles chart.

He has dated Nicola Hill. He grew up with a brother named Olly.

The Struts worked very closely with singer Gary Barlow in 2010 when they were signed to his record label.

Adam Slack Is A Member Of