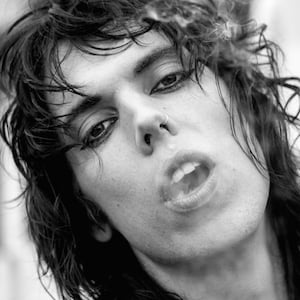 British frontman of the rock band The Struts. The group released a charting debut album titled Everybody Wants, featuring the single "Could Have Been Me" which reached the Top 5 on Billboard's Alternative Songs chart.

He met The Struts lead guitarist Adam Slack in 2009 with whom he started writing music with shortly after meeting. After rounding out the group with ex-group members Jamie Binns and Rafe Thomas, the foursome moved into a band house in Derby in 2010 and began making music full-time.

He wore an outfit designed by Zandra Rhodes at the Isle of Wight Festival. Rhodes previously dressed Freddie Mercury of Queen.

He was born in Bristol, UK and has a sister named Hannah.

He sang on Mike Oldfield's album Man on the Rocks.

Luke Spiller Is A Member Of