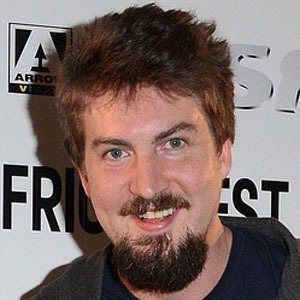 Horror and thriller genre enthusiast notable for feature film titles like You're Next, The Guest, and the 2016 sequel to The Blair Witch Project, Blair Witch. His film A Horrible Way to Die was his breakthrough when it premiered at the 2010 Toronto International Film Festival.

He graduated from Full Sail University in Florida in 2002. His first feature film was called Home Sick.

He directed segments of the horror anthology films V/H/S and V/H/S/2. He also directed the pilot to the Cinemax original series Outcast.

He was born in Oak Ridge, Tennessee, and has spent time residing in Florida and Alabama.

Dan Stevens starred in his 2014 film The Guest.

Adam Wingard Is A Member Of