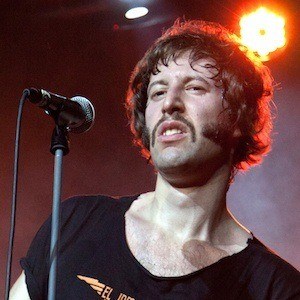 Musician, actor and director who has released solo albums like Esencia Solar (2017) and appeared in such films as 2 Days in Paris (2007) and Endless Poetry (2017). He directed The Voice Thief (2013), which won the Short Film Grand Prize at the Gérardmer Film Festival.

He began playing piano at age 6 and later received guitar lessons from George Harrison. He joined the punk band The Hellboys at age 16.

He won the Saturn Award for Best Performance by a Younger Actor for his role in Santa Sangre (1989), directed by his father.

He is the son of Chilean director Alejandro Jodorowsky. He has siblings named Brontis and Cristóbal. He is the uncle of actress Alma Jodorowsky.

He recorded the songs "You Are the One" and "Dime Cuándo" with Devendra Banhart.

Adan Jodorowsky Is A Member Of