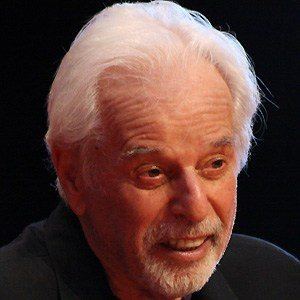 Creator of surrealist films with cult followings, such as Fando and Lis, The Holy Mountain, and the epic that could have been, Frank Herbert's Dune.

He studied in Paris under the great performer Marcel Mareceau before moving to avant-garde theater.

He wrote a series of science fiction comic books, most notably The Incal, and started his own spiritual belief that combined elements of Zen, shamanism, and tarot.

He was born in Chile to Ukranian immigrants, the product of an unhappy union.

He was the conductor of the wedding between Marilyn Manson and Dita Von Teese.

Alejandro Jodorowsky Is A Member Of