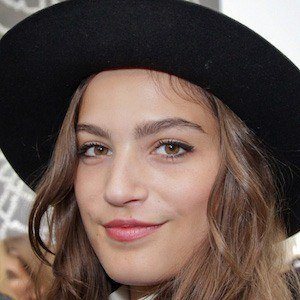 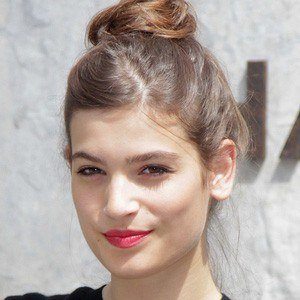 Multi-talented French entertainer as an actress, fashion model and singer who landed a leading role in the 2016 film Kids in Love after previously being featured in a supporting role in the 2013 Palme d'Or winner Blue is the Warmest Color.

She trained in Parisian theatres and at the Conservatoire du XIVe before heading to the New York Film Academy for a three month workshop. In 2013, she graduated from Studio Theatre D'Asnières in France.

She became the lead vocalist and songwriter for a pop band called Burning Peacocks. As a model, she has been the face of the fashion brand Opening Ceremony and was made Lancôme's ambassador. She starred in Chaumet's campaign Proud To Be Late.

Her father is actor Brontis Jodorowsky and her mother is Valérie Crouzet. Her grandfather was film director Alejandro Jodorowsky.

She was featured in the film Blue is the Warmest Color alongside star Léa Seydoux.

Alma Jodorowsky Is A Member Of