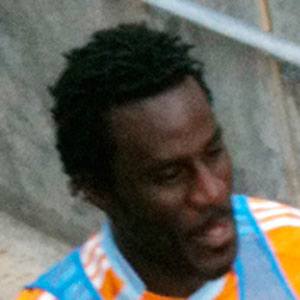 Forward who was named the Stoke City player of the year in 2004; he began his career in 1993 with Norwich City.

He played youth soccer for Senrab.

He represented Nigeria internationally in 1999.

He was born in Hackney, England.

Striker Brian Deane was his teammate on Leicester City.

Ade Akinbiyi Is A Member Of