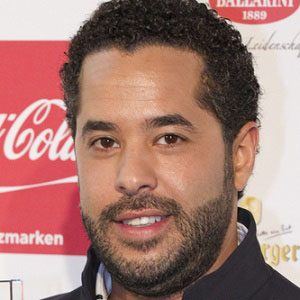 German singer who found fame as a member of the popular boy band The Boyz, in which he performed as "Kane." In 2004, he formed the pop duo Ich + Ich with Annette Humpe and released his first solo album, Lieder, in 2013.

He met The Boyz member Florian Fischer on the Berlin club circuit in 1993. The group signed with Triple M-Management after appearing at a talent show in 1995.

His song "Prison Break Anthem," made as a collaboration with rapper Azad, was used as the theme song for the German version of the television drama Prison Break.

He married Jasmin Weber in Berlin in 2011. He has siblings named Hatem and Rascha.

He worked with Matthew Paul Miller, a.k.a. Matisyahu, on the 2014 single "Zuhause."

Adel Tawil Is A Member Of