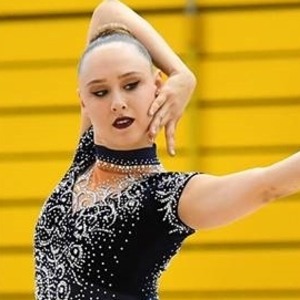 Rhythmic gymnast who rose to fame as a member of Spain's national team of rhythmic gymnastics. In 2014, she took home a bronze medal at the World Cup competition in Sofia.

She began practicing rhythmic gymnastics at the age of 3.

In 2018, she began training at the Club Gimnasia Rítmica Leganés.

Her mother was a gymnast in her youth.

Adelina Fominykh Is A Member Of