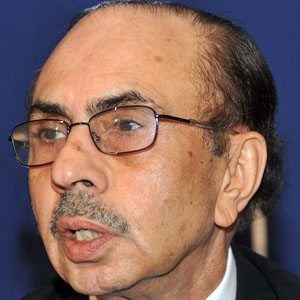 Chairman of the conglomerate Godrej Group. He is known for being one of India's richest people, amassing a net worth of over $9 billion.

He joined the Pi Lambda Phi fraternity while attending the MIT Sloan School of Management.

He received the Entrepreneur of the Year Award at The Asian Awards in 2013.

He has several children with his wife, Parmeshwar Godrej.

He and Indiagames founder Vishal Gondal are two of India's most prominent entrepreneurs.

Adi Godrej Is A Member Of