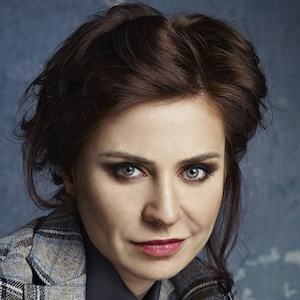 Menswear designer who founded the popular menswear clothing brand TRENDS. She has collaborated with major brands like Babette Wasserrman and designed clothing for several stage plays, including Dignity and A Midsummer Night's Dream.

She hails from Bucharest, Romania.

She made her acting debut in the film I'm Not Famous but I'm Aromanian (2013).

She has been married and has a daughter named Sarah.

She appeared with Dorian Popa on the television show Xtra Night Show.

Adina Buzatu Is A Member Of