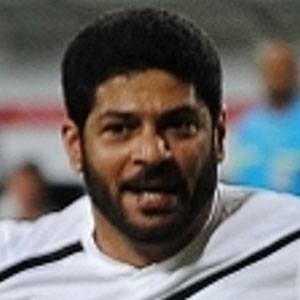 One of the the best-known soccer players from the Middle East, he spent nearly 20 years with Al-Shaab CSC.

He started playing soccer at the age of eight, but his first sport was volleyball.

He scored 129 goals in 232 appearances in league play and in international competition, he netted 54 goals and earned 164 caps.

He had three sons, all of whom appeared in a farewell match for their father.

He was named Asian Footballer of the Year, as was Japan's Kazuyoshi Miura.

Adnan Al Talyani Is A Member Of