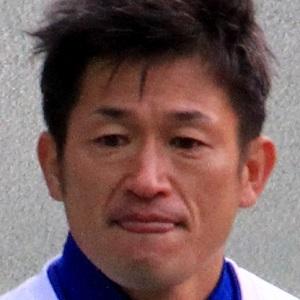 Striker who won the Asian Footballer of the Year award in 1993 and starred for the Japanese national team from 1990 to 2000, scoring 55 goals in 89 appearances.

He began his professional career with Santos in 1986.

He spent his club career with a number of teams, most notably with Kawasaki in the Japanese league, where he scored 100 goals in 192 appearances.

He grew up in Shizuoka City, Japan.

He and Ali Daei both received the Asian Footballer of the Year award during their careers.

Kazuyoshi Miura Is A Member Of