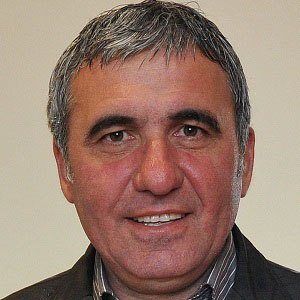 One of the best Romanian soccer players of all time. He led his national team in three consecutive World Cups in the 1990s. He began managing Viitorul in 2014.

He started out in youth systems before moving over to the Romanian Football Federal club.

He was selected as the best Romanian player of the past 50 years at the UEFA Jubilee Awards in 2004.

He was married to Leni Celnicu from 1990 to 1995. He later married Marilena Hagi. The couple have two children.

He was frequently compared to Diego Maradona in terms of the dominance he brought to his teams.

Gheorghe Hagi Is A Member Of