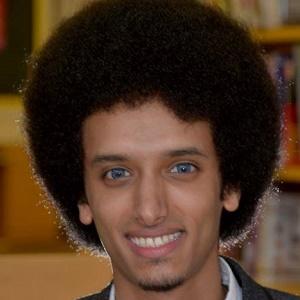 Vine phenomenon who abruptly ended his Vine career in December of 2013. He was known for his bizarre form of comedy and was nearing 1 million followers at the time.

He was a student at the Sheffield College, studying towards a BA Honours Degree in performing arts, when he started gaining a large amount of Vine followers.

He has an interest in writing and has written a few books which he would like to have published.

He was born in Sheffield, England, UK.

He has a keen interest in dancing, with inspiration from Michael Jackson.

Adnan Mansoor Is A Member Of