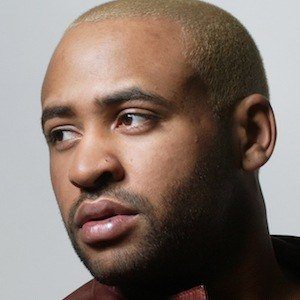 R&B singer known for his 2015 song, "You Do Not Love Me." It debuted at #1 on the German R&B iTunes chart, and remained there for several weeks.

As a child, he discovered his love of writing and singing. He was encouraged by friends to take singing lessons.

In 2007, he released his debut EP, Believe Me. In 2015, he released his album, Reise X, which featured the aforementioned single, "You Do Not Love Me." The song later debuted at #6 on German radio charts, and #20 in Switzerland.

He was born in Solingen, and raised in Cologne, Germany.

Shirin David was featured on "You Do Not Love Me."

Ado Kojo Is A Member Of