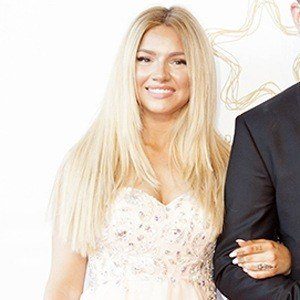 She is a trained musician of the piano, violin and oboe and was a dancer at John Neumeier Ballet School.

She was the featured artist on the Ado Kojo single "Du liebst mich nicht" and also starred in the music video.

She is from Cologne, Germany and is of Iranian and Lithuanian descent. She has a younger sister named Pati Valpati.

She has collaborated with her friend Dagi Bee.

Shirin David Is A Member Of