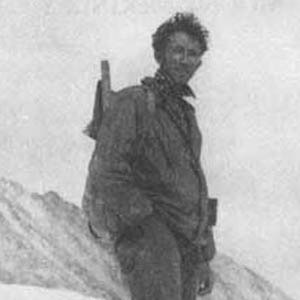 Naturalist who studied wolves in their native Arctic habitat and became instrumental in the forming the Denali National Park and the Arctic National Wildlife Refuge. His book, A Naturalist in Alaska, won the John Burroughs Medal in 1963.

He was inspired to devote his life to the study of plants and animals after a visit to the Mount McKinley National Park in Alaska.

In the 1950s he led the opposition to a proposed highway and a tourist hotel in the interior of Mount McKinley National Park.

The Arctic National Wildlife Refuge, which he helped established, was later supported by congressmen like Colorado Senator Mark Udall.

Adolph Murie Is A Member Of