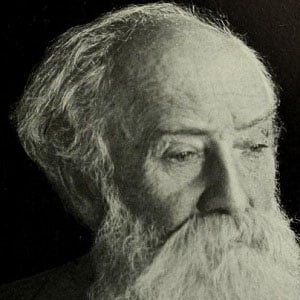 New York-born author, naturalist, and conservationist of the late nineteenth and early twentieth centuries. He published such nature-themed essay collections as Fresh Fields and The Last Harvest.

He published his debut essay collection, Wake-Robin, in the early 1870s.

His childhood love of fly fishing led him to write several articles on the subject.

He and his nine siblings grew up on a farm in the Catskills. In 1857, he married Ursula North.

An admirer of Walt Whitman, Burroughs published several essay collections on the poet, including Whitman: A Study and Notes on Walt Whitman as Poet and Person.

John Burroughs Is A Member Of