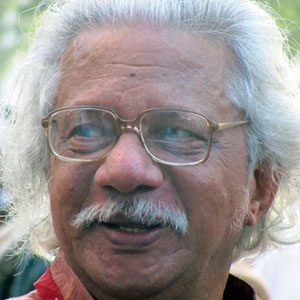 Considered one of India's finest filmmakers. He was the winner of multiple National Film Awards and director of 1981's Elippathayam.

He began acting in amateur plays at age eight.

He was given the Dadasaheb Phalke Award in 2004, the highest honor in Indian cinema, for his contributions to the industry.

He and actor Farhan Akhtar were both recipients of the National Film Award.

Adoor Gopalakrishnan Is A Member Of