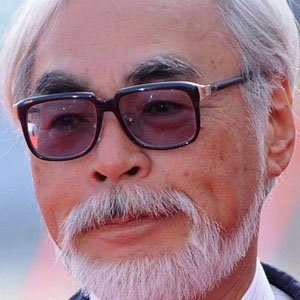 Director and animator whose 2001 film Spirited Away won the Academy Award for Best Animated Feature. He is also known for such films as The Secret World of Arrietty, Princess Mononoke, and Ponyo.

He graduated from Gakushuin University with degrees in economics and political science in 1963.

His first job in the entertainment industry was as an artist for Toei Animation.

He married animator Akemi Ota in 1965. He fathered two sons, Goro and Keisuke.

Spirited Away beat out out such films as Chris Wedge's Ice Age for the 2002 Academy Award for Best Animated Feature.

Hayao Miyazaki Is A Member Of