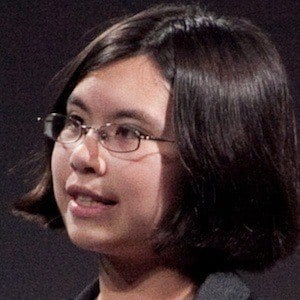 Prolific youth essayist and speaker who was named to The Huffington Post's 18 Most Amazing People Under 18 of the Year in 2012. She has gained renown for being a Global Teen Leader, which has entailed her attending various national leadership summits.

She first gained recognition for her writing at age 6 on local news in Seattle. At age 8, she published her first book Flying Fingers.

She appeared in the 2009 British Channel 4 documentary The World's Cleverest Child and Me. The following year, she spoke on the need for "childish ideas" to permeate the adult world at that year's TED Conference.

She was born and raised in Springfield, Oregon.

She appeared alongside Diane Sawyer on Good Morning America at age 7.

Adora Svitak Is A Member Of