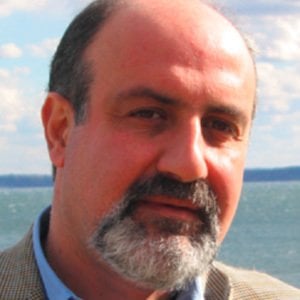 Essayist whose work has primarily focused on risk management through probability and uncertainty. His 2007 book The Black Swan: The Impact of the Highly Improbable became a New York Times' best-seller, and was named by The Guardian as one of the 12 most influential books since World War II.

In 2009, he was named to Forbes' list of the world's most influential management gurus. He has served as editor-in-chief of the Risk and Decision academic risk management journal since 2014.

His parents' names are Nagib and Minerva.

He has appeared alongside Ron Paul on his Ron Paul Liberty Report web-series.

Nassim Taleb Is A Member Of