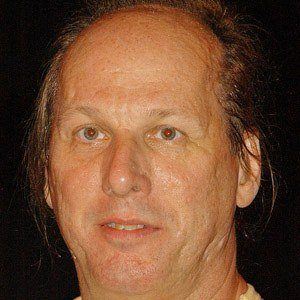 American guitarist and singer who was the frontman of King Crimson, beginning in 1981.

He learned how to play the guitar in high school, while he was sick with mono. His first guitar inspiration was Jimi Hendrix.

He has released over twenty solo albums and can play more than ten instruments.

He married Martha Belew; the couple has one daughter named Audice.

He has toured with and performed with David Bowie, among others.

Adrian Belew Is A Member Of