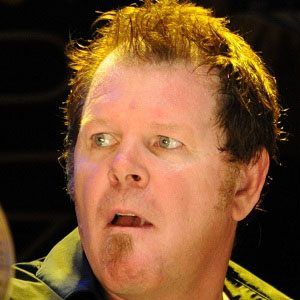 California-born rock, pop, and jazz-fusion drummer who played with such bands as King Crimson and Mr. Mister.

He began playing drums when he was just ten years old. Early in his music career, he worked as a session drummer for such artists as Holly Knight, Kenny Loggins, and Al Jarreau.

He was a founding member of Mr. Mister, a band that released a hit album entitled Welcome to the Real World.

He was born in Chico, California. He later lived and performed in both Los Angeles, California and Austin, Texas.

During his time with King Crimson, he performed complex drum sequences with fellow drummer Bill Bruford.

Pat Mastelotto Is A Member Of