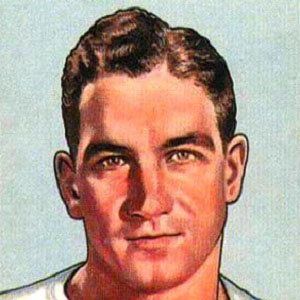 He was a first round draft pick after starring for Baylor.

He tied an NFL record by throwing seven touchdowns in one game.

He was married to Neva Burk until his death, and had a daughter with her.

He was an official in the "Immaculate Reception" game starring Terry Bradshaw.

Adrian Burk Is A Member Of