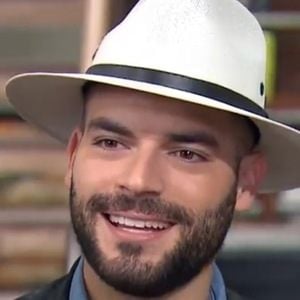 Actor known for his role as Eugenio Hernandez on ¿Quién es quién? He also played Nacho Gomez on Rosario and Santiago Rincon on Cosita Linda.

He made his onscreen debut in 2010 on the show Eva Luna.

He released the single "Quiero" on Valentine's Day 2016.

He was born in Cuba. He studied acting after moving to the US. He began a relationship with sandraitzel93 in 2013.

Adrian Di Monte Is A Member Of