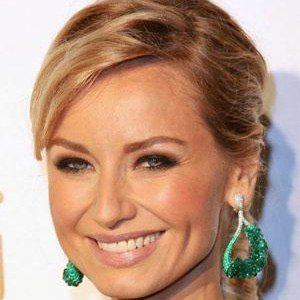 Model and former Guinness World Record holder for having the industry's longest legs (measuring at 50 inches).

She was discovered while studying Medicine in Prague; she'd entered a modeling contest at the suggestion of friends and family and, after winning, she began her career.

She appeared as a contestant on France's first season of Dancing with the Stars.

She competed on the first season of France's Dancing with the Stars, where reality TV star Julianne Hough first got her start in the business.

Adriana Karembeu Is A Member Of