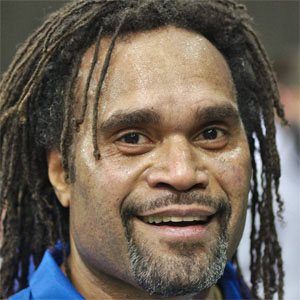 Midfielder and sweeper who was a member of the French national team from 1992 to 2002. He scored 24 goals in his 425-game club career spent with such teams as Nantes, Real Madrid and Olympiacos.

He was born in Lifou, New Claedonia.

He married model Adriana Karembeu in 1998.

He and fellow midfielder Claude Makelele were teammates on the French national team from 1995 to 2002.

Christian Karembeu Is A Member Of