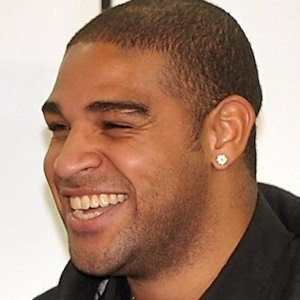 Brazilian soccer player known for his time in the Italian Serie A with Inter Milan and Parma. He made 48 appearances with the Brazilian national team between 2000 and 2010, scoring 27 goals.

He played his youth soccer with Flamengo and spent time with the senior squad before moving on to Inter Milan.

His nickname while he played in Italy was The Emperor. He played for the 2006 World Cup team, scoring two goals in four games.

He has three children. He was in a tumultuous relationship with Brazilian reality star Joana Machado from 2008 to 2010.

He and Adrian Mutu played together during his time with Parma.

Adriano Leite Ribeiro Is A Member Of