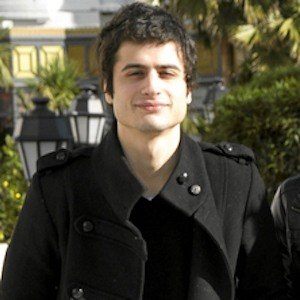 French singer and guitarist who made it big as the frontman for the garage rock band BB Brunes with songs like "Coups et Blessures." He is also an actor in several films, including 2012's Asterix and Obelix: On Her Majesty's Service.

He played piano before picking up guitar at age ten. He attended Claude Monet High School.

He released his first solo album, Gemini, in 2014.

His father is writer, director and producer Jean-Pierre Gallo.

He co-starred with Guillaume Gallienne in the 2002 film Patron Sur Mesure.

Adrien Gallo Is A Member Of