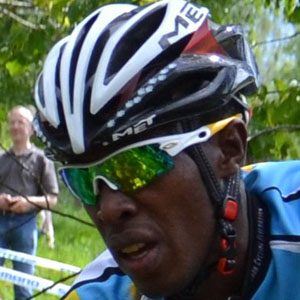 Bicycle racer won his second Tour of Rwanda race in 2008.

He was discovered by cyclist Jonathan Boyer at age 16.

He signed to the MTN Cycling team after racing for Team Rwanda from 2007 to 2008.

He tragically lost six of his brothers during the Rwandan Genocide.

He is a well known cyclist in his country, much like his American counterpart Marshall Taylor .

Adrien Niyonshuti Is A Member Of