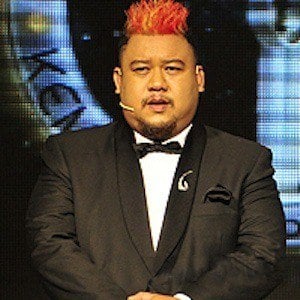 Award-winning Malaysian multi-media sensation known for his work in television, theatre, film, music, and comedy. Some of his more famous works including hosting the talk show Bila Larut Malam and writing, directing, and acting in the movie Buli.

He broke into entertainment in the early 1990s as a singer with the band Acid Iz, an acid jazz/funk band. His first major film was Anna and the King in 1999.

He received awards for essentially every field he's worked in, including Best Actor, Best Presenter, Best Screenplay, and Best Director.

He married actress Christina Orow in 1997.

Afdlin Shauki Is A Member Of