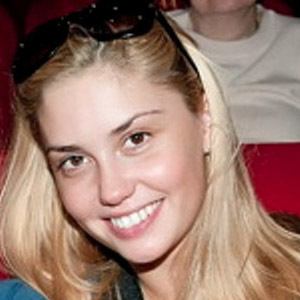 Television presenter and actress who began serving as the host of the Russian edition of The Voice Kids in its fifth season. She is also known for having played Darya Starkova on the thriller series Zakrytaya Shkola.

She attended the University of Latvia before studying acting at the Russian State Film Institute.

She made her big screen debut in the comedy We Are Family (2012).

She married actor Pavel Priluchniy, with whom she has children named Mia and Timothy.

Agata Muceniece Is A Member Of