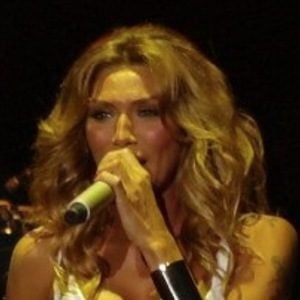 Greek folk singer who has gained fame thanks to her many albums such as Kala That Pernao, Me Tin Agapi Ta Ho Valei, Hamogelo Kai Prohorai, and more.

She released her first album in 2003 titled Ti Monaksia Fovamai.

She has two sons, the first from her former partner Babis Lazaridis and the second is from Savvas Gentsoglou.

She is a fan of American actress Halle Berry.

Aggeliki Iliadi Is A Member Of