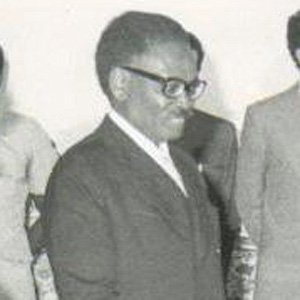 Former leader of the Popular Movement for the Liberation of Angola (MPLA). He served as his country's first President from 1975 to 1979, ushering Angola into its first period of political independence from Portugal.

During the 1950s, he spent six years in prison for his revolutionary political ideology and activities.

He served as head of the MPLA during the Angolan Civil War and until his death.

He married Maria Eugenia da Silva during the 1950s.

He succeeded Mario Andrade as the leader of the People's Movement for Liberation of Angola.

Agostinho Neto Is A Member Of