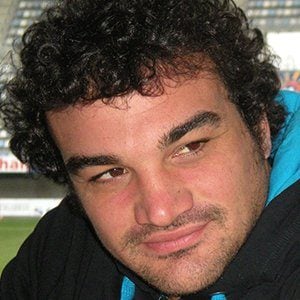 Argentine rugby union player who is known for having played on the Argentina national team, the Pumas, and Jaguars in the Super Rugby League. He is known for playing as a hooker and flanker. He is also known for sharing photos of his games and fitness modeling content with his over 190,000 Instagram followers.

He first made his rugby debut in the San Luis rugby club in La Plata, Buenos Aires. He then made his debut for the Argentina national team in 2005 in a match against Japan. He began his senior career in 2007 by playing with Biarritz. His first Super Rugby appearance was in 2016 as a part of the Jaguares.

He was born and raised in La Plata, Argentina.

Other rugby players who have also played on the Argentina national team include Diego Domínguez, Juan Martín Hernández, and Sergio Parisse.

Agustín Creevy Is A Member Of