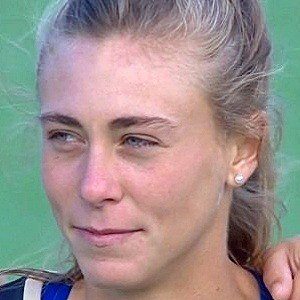 Field hockey player who rose to fame as a midfielder on the Argentina national team. She and her team competed in the 2016 Summer Olympics in Rio de Janeiro. She gained popularity across social media and has amassed more than 110,000 followers to Instagram.

She began playing for the Argentina team in 2014.

In 2014 and 2016 she and her team won the title at the Champions Trophy tournament. They also took home the 2014-2015 gold medal in the FIH Hockey World League.

She grew up alongside her sister Florencia and her two brothers Thomas and Facundo.

She plays alongside teammate Agustina Albertario for the Argentina National team.

Agustina Habif Is A Member Of