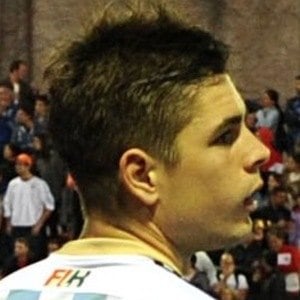 Field hockey player who won the gold medal at the 2015 Pan American Games in Toronto, Canada. He won gold at the 2016 Summer Olympics for Argentina.

He competed for the Argentinian national team at the 2012 Summer Olympics.

He won the bronze medal at the 2014 World Cup. He scored ten goals at the tournament. He has over 60,000 followers on his gpeillat Instagram account.

His partner is Florencia Habif.

He and Luciana Aymar are both Olympic field hockey players.

Gonzalo Peillat Is A Member Of