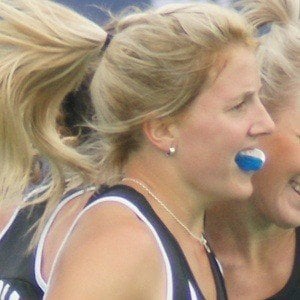 Women's field hockey player who won the 2009 Champions Challenge with the New Zealand national team, a.k.a. the Black Sticks Women. She also competed for the team at the 2008 and 2012 Olympic Games.

She was previously a student at Tauranga Intermediate School and Tauranga Girls' College.

She has had success at the Commonwealth games, winning silver in 2010 and bronze in 2014.

Her parents are Michelle and Rob Flynn. She married Richie McCaw in 2017. They welcomed a daughter named Charlotte Rose in 2018.

Gemma Flynn Is A Member Of